Emilio Wilson Park has a particular resonance in St Maarten due to its history, its environmental value, its place as a public park and since few months its place in the world thanks to its zip line that is the most amazing.

Emilio Wilson Park sits on the grounds of what was once a sugar plantation and now is an open public park where you can picnic and there is a playground area for children.

The Emilio Wilson Park is located on the western side of the road that runs through Cul de Sac valley to St Peters, covering about 107 acres (43 ha) from the road to the top of Sentry Hill. The estate is comprised of Sentry Hill, rock walls, the former plantation building, the house of Emilio Wilson, sites, and caves that were used as shelters during hurricanes.

The estate has an interesting historical value. The Cul de Sac valley was the area of the first major colonial period settlement on the Dutch side of St Maarten. The valley was home to several large sugar plantations in the 18th and 19th centuries. The Emilio Wilson estate is the last vestige of a plantation on St Maarten on the Dutch side that has remained relatively intact and untouched.

Fort Louis
Fort Louis history dates back to the 18th century when in 1765, the knight Descoudrelles, to protect Marigot, St Martin from the English and the buccaneers, created the defense of the borough. A battery of cannon on the point Bluff, one on the sand Round with Sandy Ground and the third on the morne of Marigot. But it was in 1789, under the leadership of the Chevalier de Durat, governor of Saint Martin and St Barts (or Saint Barthélemy)  decided to build the fort in honor of the French King so its name “Fort Louis“.
Fort Louis offers a breathtaking view of Marigot, Galisbay, the Simpson Bay lagoon, Simpson Bay, Anguilla, Lowlands and Nettle Bay. To reach Fort Louis, you need to go by the Catholic Church then following the direction of the Prefecture and finally climbing few more steps to reach the top of the hill.
Fort Louis was originally built in order to defend the warehouses of the port of Marigot. Indeed it was in these warehouses that the products harvested by the French inhabitants were stored (coffee, salt, rum, cane sugar). But Fort Louis was quickly decayed before being restored and modified in the 19th century to finally be abandoned again. Marigot was the seat of battles between French and English, the latter regularly landing from Anguilla (an English colony) to loot the warehouses.
Watch our Fort Louis video

Fort Amsterdam
Fort Amsterdam lies at the entrance of Great Bay controlling the boat access to Philipsburg St.Maarten. Imagine yourself in the past centuries when there were pirates, buccaneers and colonials wars between different European countries. That was the purpose of Fort Amsterdam, to protect Philipsburg and Sint Maarten from invasion whether pirates of the Caribbean of other countries. To go to Fort Amsterdam you need to take the road that lie along the coast from Philipsburg toward Simpson Bay. Then you go toward the Divi resorts, you park your car on the parking and then you follow the signs. The entrance to Fort Amsterdam is free.
Western wall When looking at the western exterior wall of Fort Amsterdam, you can see the various stone materials of the earlier basalt rock and the later cut limestone. It indicates the various reconstruction periods of the fort walls,including a red brick lined drainage arch which allowed waste water to be expelled from the Fort interior.
Southern Bastion The Southern Bastion overlooks Little Bay where a 1644 attack by the Dutch, commanded by Pieter Stuyvesant, failed to recapture the Fort from the Spanish. A cannonball from that attack is still embedded in the wall. It is reported that Pieter Stuyvesant, who later became the Governor of New Amsterdam (New York), lost his leg in that battle,which earned him the name of “Peg Leg Piet” Stuyvesant. The Spanish eventually abandoned the Fort in 1648, dismantling large parts of the fort walls to be shipped to Puerto Rico before the Dutch reoccupied the Fort that same year. The Dutch maintained Fort Amsterdam until 1816 when it stopped to function a a part of the Sint Maarten defense system. The south Bastion is a part of the extensive reconstructions at the fort done by John Philips in 1735-1737. 2 differetns periods of construction can be seen a this bastion. There are some earlier Spanish built floors and a central trench and later Dutch built floors that suggest a wooden floor was built atop support planks set in the stone floor. The 3 cannon placements on this bastion would have protected to the south, as well as to Great Bay on the east and to Little Bay on the west.It had probably larger 30 pounder cannons for much longer range distances. Signal House radio station The signal house was originally built in the late 19th century as the signal Master’s use, while he operated the signal mast to communicate information to the town of Philipsburg about arriving ships. In 1919-1921 the first St Maarten telegraph office was built near the Fort. The stone house was reused into the 20th century as a PJD-2 radio station,which broadcast from 1962 until 1985. In the 1970’s, a radio tower mast was placed at this bastion. The triangular shaped foundation remains can be seen with the mast having been blown down by hurricane Luis in 1995. From this bastion can be seen the islands of Saba, Statia, St Kitts and Nevis and St Barts.
Northwestern bastion – Government house The foundations of the original Government House which from 1738-1793 was where John Philips and the Government Council officially met, ending only with the construction of the Courthouse in Philipsburg. An aquaduc can be seen connecting the Government House to the large domed cistern for water supplies. Other structures historically noted in the interior of this fort were a Church, limestone kilns, and dwellings for both soldiers and civilian laborers. Along the West Wall of Fort Amsterdam on the right is an excavated area which reveals the reinforced construction technique of the interior original fort walls. The northwest bastion wall corner is also one of the original 3 bastions in 1631 collapsed int the sea sometime after 1816. Northeast bastion The northeast bastion was the largest of the original 3 bastions of the fort from 1631. it overlooks the town of Philipsburg, named after John Philips who also reconstructed Fort Amsterdam in 1735-37 when he stationed 12 soldiers and a citizen guard at thefort. A large 30 pounder cannon rests atop the bastion, guarding about 3000 meters into Great Bay.
Main cistern The main cistern was an important water supply for the soldiers and civilians who worked within the fort. Water was collected in the catchment attached to the cistern as well as via the aquaduct from the Government House roof. A second cistern is located near the Hospital building to the south of the fort.
And once you finish your visit of Fort Amsterdam, you can go Little Bay Beach, Great Bay or Philipsburg St. Maarten.
Watch our Fort Amsterdam video

Fort Willem
Fort Willem lies atop Bel Air hill above the Divi resort. Fort Willem was first built by the English in 1801 and named Fort Trigge ,it was taken by the Dutch, partially rebuilt and renamed Fort Willem in 1816. Fort Willem had a commanding view of both Great Bay, Little bay and Philipsburg. From the Fort you are able to view much more the surrounding islands than from Fort Amsterdam. Nowadays Fort Willem has just few remainng walls and serves as prime location for antennas for both tv signal and phone.
Watch our Fort Willem video 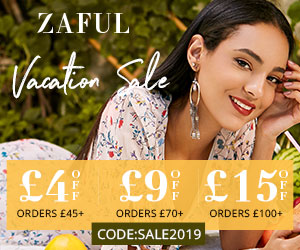 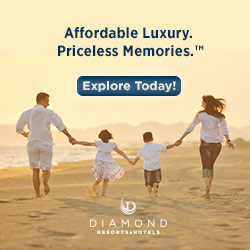 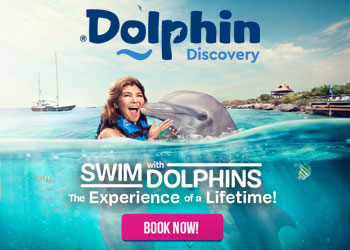 To receive our Best recommendations for St Maarten hotels, St Maarten restaurants, things to do in St Maarten and much more.

And to receive our Best vacations deals for St Martin St Maarten ! And our Newsletter is FREE!

You have Successfully Subscribed!

Subscribing to our NEWSLETTER !

GET 10% OFF your next purchase in our store

by Subscribing To Our Newsletter

And receive our Best recommendations for St Maarten hotels, St Maarten restaurants, things to do in St Maarten and much more.

And to receive our Best vacations deals for St Martin St Maarten ! And our Newsletter is FREE!

You have Successfully Subscribed!